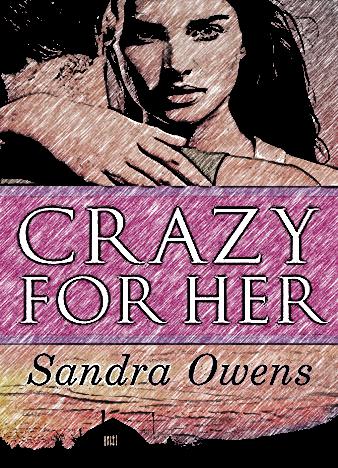 The K2 Team series is perfect for the young women who love breath-taking stories about relationships, men, family, and everything in between. Obviously, the fellas will enjoy it as well, but Sandra Owens is a pro when it comes to women's fiction. Logan, a SEAL with the US army, lost his best friend on the battlefield, and he promised him to keep an eye on his widow wife, to take care of her.

However, it hasn't been easy for him: for about two years, he did his best to stay away from her, torn between the sacred promise and his love for Dani, his buddy's wife. Still, when she reaches out to him and asks him to help her out, he drops everything and rushes to lend that helping hand. He's determined to keep her safe and to keep his own feelings to himself.

The thing is - some mysterious man claims that he's her husband, and he's constantly stalking her whenever Dani's out with her little girl, which makes them afraid to leave their house. So, she's pretty scared, but for Logan, it's a piece of cake, as he's been through worse. He's a mighty military hound, for God's sake, and he saw the horrors of war first-hand.

However, he still can't make himself "suppress" what he feels towards Dani, and his blood starts rushing whenever they are alone together. But, when she tells him that she's been in love with him as well, he starts to think that maybe they're meant to be together and that he's not betraying his fallen army friend. Crazy for Her is a fascinating romantic novel that mixes true love with wild passion and invites the readers to be a part of the story. Sandra Owens is known for writing heart-wrenching novels, and Crazy for Her is definitely one of her best works to date.