FALLING FOR MY BOYFRIEND'S DAD 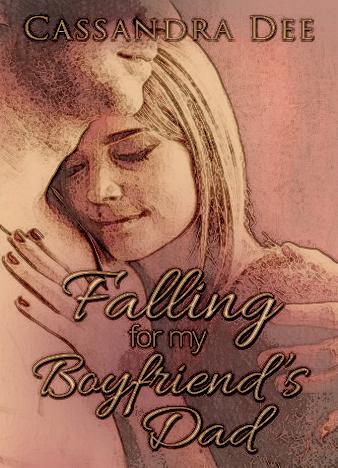 FALLING FOR MY BOYFRIEND'S DAD by CASSANDRA DEE

Ally is a freshman, and she's been dating Jonah, a guy from the same dorm, pretty much from the very first day at college. They've been "together" for two months, and he was kind enough to invite her to his house to celebrate Thanksgiving. The thing is - the dorm closed for the holidays, and Ally could not buy a ticket to go back home.

Yes, she's short on money, so, you could say that Jonah's invitation was something of a big save for the girl. She had controversial feelings about having that nice family dinner with, well, a different family, but when Mr. Martin, the boy's father, opened the door and let her in, her heart almost stopped beating. The man was big, bulky, tall and dark. And, he was the most handsome dad Ally has ever seen - in real life or in movies/shows.

Cassandra Dee is the modern-day queen of women's fiction, especially when it com...

Cayden is a superstar, both on the field and off it. He's used to being a rough-...