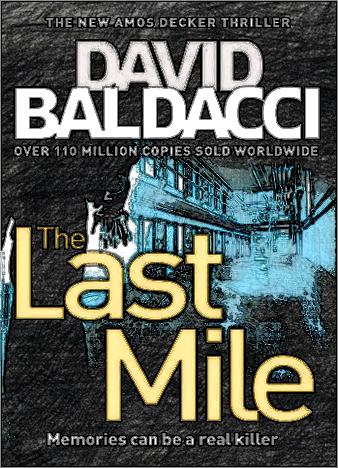 David Baldacci has several bestselling series up his sleeve, and Decker is most certainly one of them. In Memory Man, the brilliant author introduced us - the readers - to the mighty detective. What's so special about him? Well, he can remember everything, and that's a very handy ability in his line of work. The Last Mile is the sequel to this gripping mystery thriller, and the stakes are even higher this time around.

Mars, a convicted murderer, has only a few hours to live - his execution is coming up. They say he brutally killed his own mom and dad 2 decades ago. He's getting himself ready to face the final judgment, but, out of nowhere, they grant him a reprieve. Why? Because another person has just confessed to the crime.

Detective Decker is now working with the FBI STF, and he gets more and more interested in this case as he sees shocking similarities in Mars's life to his own: Both the convicted murderer and the detective used to be really good at football, but, unfortunately, their promising careers were cut due to a tragedy. Both their parents were killed - brutally. And finally, in both cases, long after the murder, a new suspect came around and admitted to committing the crime.

The real question is - is the suspect telling the truth, or is there a different agenda with these cases? Right now, the man's confession has a very good chance of setting Mars free. But who wants him out of jail? And why? Soon, when a guy from the detective's team goes missing, it becomes crystal clear that something bigger, much bigger is going on, and Decker will have to use his unique power to the fullest and try to reveal the real truth.

Julien Sorel, the ambitious son of a carpenter in the fictional village of...

In this stunning follow-up to the global phenomenon The Da Vinci Code, Dan...