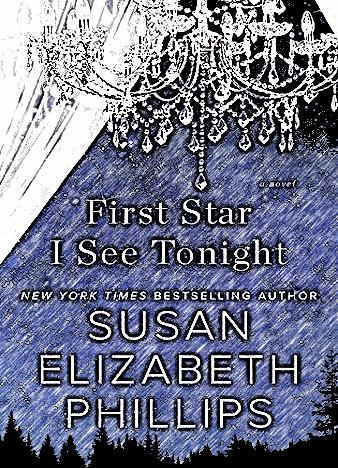 First Star I See Tonight is an unforgettable story about a sports hero, a former quarterback, and a no-BS female detective who confront each other in this hilarious, refreshing and charming new novel. Susan Elizabeth Phillips, an award-winning and bestselling author, conquered the world with brilliant characters, heart-wrenching tales and a great sense of humor.

Piper, the detective, has a dream - she wants to become the best detective that Chicago has ever seen. And her very first assignment is to follow Mr. Graham, a former Chicago Stars player who's retired now. The thing is, he spots her early on, and he's pretty angry with the detective wannabe. So, she can't think of anything else but to tell him that she's a crazy fan and is just stalking him.

Surprisingly enough, pretty soon she starts working for the man himself - he asks her to keep the employees at his brand-new nightclub in check. Meanwhile, Piper founds out that Graham's life is in serious danger, and she's ready to do whatever's necessary to keep him safe, even though he doesn't really want her help. Furthermore, she also has to deal with a servant girl who wants to be free, a kid who dreams about fitting in, an old woman who wants Piper to bring her dead husband back...

Oh, and there's Cooper, of course, the quarterback. First Star I See Tonight is an entertaining, feel-good and quite addictive novel about two people who are not used to losing and are ready to put each other and themselves at risk just to see who's got the stronger will. However, soon they'll discover that their own egos are not the most important things in life.

Douglas Preston is back on the international sales charts, ladies and gentlemen,...

What would it be, if you realize that you always forget things? It will start wi...