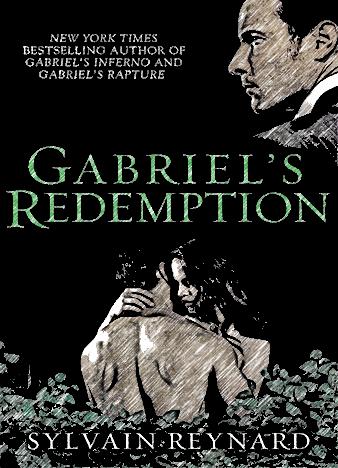 Professor Gabriel Emerson has left his position at the University of Toronto to embark on a new life with his beloved Julianne. Together, he’s confident that they can face any challenge. And he’s eager to become a father.

But Julianne’s graduate program threatens Gabriel’s plans, as the pressures of being a student become all consuming. When she is given the honor of presenting an academic lecture at Oxford, Gabriel is forced to confront Julianne about the subject of her presentation—research that conflicts with his own. And in Oxford, several individuals from their past appear, including an old nemesis intent on humiliating Julia and exposing one of Gabriel’s darkest secrets.

In an effort to confront his remaining demons, Gabriel begins a quest to discover more about his biological parents, beginning a chain of events that has startling repercussions for himself, Julianne, and his hope of having a family.

If you have not read book one and two then you will be a little lost in this read. It picks up from the ending of book two and once again takes us on the journey of Gabriel and his beloved Julianne.

This time around their relationship face the toughest challenges yet. Julianne's studies get in the way, an old nemesis is out for revenge and Gabriel's discovery about his parents give a whole new meaning to the the words " Look what I found".

Savannah knows all too well what it feels like to be hurt and to live in constan...

The Mothers is a deeply moving, touching and charming novel by Brit Bennett that...

Olivia has just signed a handsome contract with Mr. Carlisle, the head honcho of...