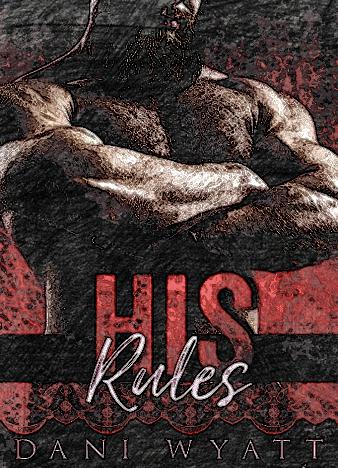 HIS RULES by DANI WYATT

Rueger is a rich, influential man, and he has just invested a huge amount of money into a promising new enterprise. He's known for his passion for beautiful women, and when he sees the sweet-sexy-clumsy waitress, he instantly wants a taste of what she's got under that apron.

Rueger wants her to be his mistress, or, rather, his baby girl. Her name is Lexi, and she's got 3 misdemeanors behind her back, not to mention there's a new probation mentor that she's obligated to talk to and fix some of the damage. Yes, she's going through a rough patch and Lexi is working at the vegan deli to pay the bills and to get by. It's not a particularly exciting or interesting gig, but that's not really what she's there for.

But, when Mr. Marshall walks into the building, everything changes - for the better. He wants one thing from her - to obey his every rule and turn into his submissive. The fantasy of her sitting on her knees and saying "Thank you, daddy" is driving him insane, but the world that he lives in is full of hidden dangers and it will do everything in its power to destroy what they could build together.

It's been 10 years since the criminals kidnapped 2 boys from rich families and d...

Mr. Hansen is one of those handsome single fathers that pretty much every single...