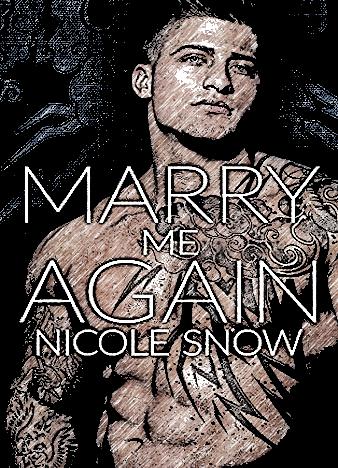 Back in the day, when Kara was a young, happy girl, she met the man of her dreams. His name was Ryan, and it's safe to say that he was a 100% alpha-male: a charmer, a dominator, a guy that made all the ladies in the neighborhood go crazy. He was her brother's best friend, which made him something of a relative. And, when he proposed to her, she thought that their marriage would last forever.

However, pretty soon that moron disappeared without even leaving a note or sending her a text. So, Kara was heartbroken, and it took her half a decade to get over him and to start a new life. Yes, those countless nights of crying herself to sleep are finally in the past, and she's all about new discoveries and opportunities. And, when Ryan - for some reason - decided to come back - she greeted him with a confident smile on her face.

At the same time, she can't deny that he's different now, in almost every way. First of all, he managed to become a billionaire in those 5 years of absence. Second, he walks and talks like he's a God. And finally, he looks like a million bucks. Wait, that's not all: Ryan wants Kara to be his girlfriend again - to marry him, to be exact.

But she won't budge that easily. He hurt her really bad, and he doesn't get to come back after five years and jump-start their relationship. That's not how this works. Well, at least that's what Kara is telling herself. And, even though she's not ready to give him a second chance and/or forgive him, something draws her back to him, and she can't resist. Marry Me Again is a steaming hot romance novel that comes with tears of pain, joy, a huge temptation, an amazing chemistry between the characters and so much more!

Ann Patchett, a world-acclaimed writer with a couple of prestigious awards behin...