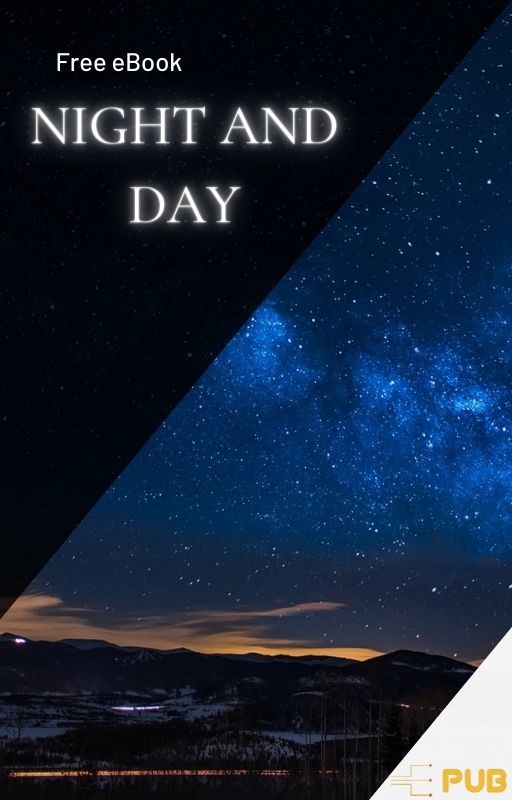 Night and Day by Virgina Woolf

Night and Day is a novel by Virginia Woolf first published on 20 October 1919. Set in Edwardian London, Night and Day contrasts the daily lives and romantic attachments of two acquaintances, Katharine Hilbery and Mary Datchet. The novel examines the relationships between love, marriage, happiness, and success. The novel has four major characters: Katharine Hilbery, Mary Datchet, Ralph Denham, and William Rodney. Night and Day deals with questions concerning women's suffrage, and asks whether love and marriage can coexist and whether marriage is necessary for happiness. Motifs throughout the book include the stars and sky, the River Thames, and walks. Woolf makes many references to the works of William Shakespeare, especially As You Like It.

Katharine Hilbery is the main character. Katharine is the granddaughter of a distinguished poet and belongs to a privileged class. Though her family is literary, Katharine secretly prefers mathematics and astronomy. Early in the novel, Katharine becomes engaged to William Rodney. After a time they end their engagement so that Rodney can explore a relationship with Katharine's cousin, Cassandra Otway. Eventually, Katharine agrees to marry Ralph Denham. Katharine's mother, Mrs. Margaret Hilbery, plays a significant role in Katharine's life, while Katharine's father, Mr. Trevor Hilbery, is only seen on a few occasions. Mr. Hilbery registers his disapproval of the actions of Katharine and her friends when he learns that she and William have broken their engagement so that William could become engaged to Cassandra. Although Mary and Katharine are the primary women characters, Katharine does not often interact with Mary. Katharine is a very solitary person, and she struggles to reconcile her need for personal freedom with her notions of love.

The critics are calling Clive Cussler the modern-day king of mystery thrillers a...

Mystic Creek is a warm, kind, moving and touching series about modern-day women...