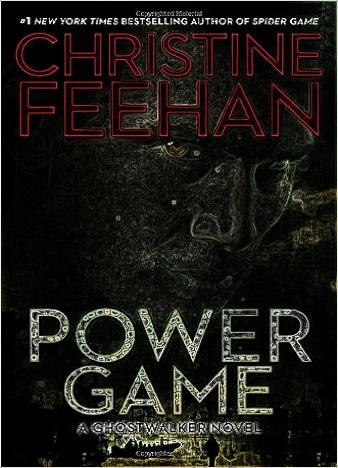 As far as paranormal romance, supernatural novels, and contemporary science fiction go, Christine Feehan is right on top of things right now. She's the best-selling, award-winning and critically-acclaimed author of several game-changing series, and Power Game is her latest masterpiece-of-a-gift to the fans.

The reviewers are calling this writer the best storyteller of our time, and she delivers a poignant, enthralling story of 2 lovers that can't trust anyone in this harsh world full of lies, betrayals, corruption and greed. All the way out in Indonesia, brutal terrorists have taken numerous members of a UN security team. Fortunes, one of the best caps around, has a mission: to take control over the rescue squad and bring those folks back alive.

The man is not just a great soldier: he's part of a top-secret government program that creates super troopers, and he's got augmentations and enhanced features. He runs faster, sees further, can operate in any kind of terrain and even turn invisible. Naturally, there are some big powers in the world that are ready to do whatever's necessary just to get their hands on this technology.

Bellisia is a menacing spy, also genetically-advanced doesn't trust a soul in this world. All the men in her life have ever wanted to do was either kill her or control her every move. Yet, Ezekiel is a whole another story. Yes, he's different, and the two share more than just that super-soldier training. His touch, the way he looks at her - it all brings out a real woman inside of Bellisia and makes her feel wanted. If they manage to stay alive, Zeke and Bell will be just the perfect couple!

The Ocean at the End of the Lane is a children's nightmare and a wonderful tribu...

At Ever After High, an enchanting boarding school, the children of fairytale leg...

THE SIREN
THE SIREN by KIERA CASS

Kiera Cass, a bestselling author, is back with yet another fascinating teen fant...