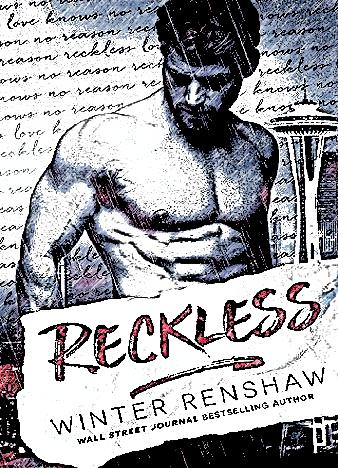 Reckless is the latest heart-wrenching and breath-taking romantic novel by Winter Renshaw, one of the greatest writers in the genre of women's fiction. Maren, the main character of the story, is having a silly celebration party - with champagne, loud music and, of course, her best friends. She's trying to get her life together after a failed marriage and to find something new to hold on to.

She is 35-years-old, takes care of 2 boys and the divorce made her rethink everything in her life. The future is full of promises, and a mysterious young man is about to rock her world. This perfect stranger was just hanging out at the end of the bar and checking Maren out from afar. Now, the girl didn't pay much attention to the guy, but her friends made her start a conversation with him. He turned out to be so much younger than she expected, and his name was Dante.

So, that's pretty much how this exciting new journey started for Maren. At first, she was really really shy and didn't want to get out of her comfort zone and risk her regular live for something that could potentially be a disaster, but Dante was just too persistent and hot for her to resist. He became obsessed with her and didn't really care about anything but her.

At a glimpse, it might seem like the two were totally wrong for each other, but he broke down every barrier, every wall between them and stole her heart. He made her feel like a real woman, like somebody that's appreciated and cherished, but that's exactly what got Maren scared. It was like she had this perfect dream about this perfect guy only to wake up to her old, "normal" life. But it wasn't a dream - it was the reality. However, just when Maren decided to put her guard down and let him in, Dante turned out to be not who she thought he was...

In the stories that make up Oblivion, David Foster Wallace joins the rawest...

It's been 10 years since the criminals kidnapped 2 boys from rich families and d...