SEVEN DAYS WITH HER BOSS 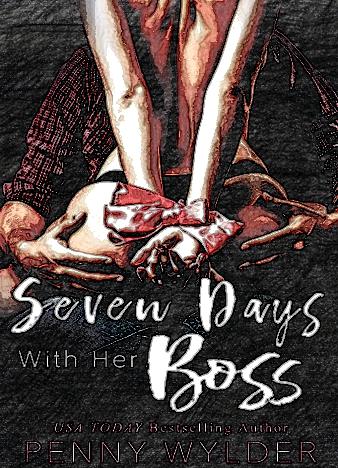 SEVEN DAYS WITH HER BOSS by PENNY WYLDER

Vivian, a gorgeous young woman, is working for Mr. Lamant, a big-time businessman, and she just screwed up his impressive presentation and scared away the man's most important client. Obviously, she thought that he'll fire her, and that would mean the end of the world for the girl, as she had nothing without this job. Instead, the big boss told her to get down on her knees and ask him - no, beg him - for forgiveness.

She was furious at first, but she did eventually do what he said. Next, Mr. Lamant made her a "business proposition": he will let her keep the job on one condition - Vivian will have to spend an entire week with him and prove that she knows now to follow the rules and do what she's told. Does it sound inappropriate and extremely dirty? Well, it is, and the girl knew exactly what she was signing up for.

It has nothing to do with work ethics or regular employer-employee relations. It's about the man's sick desire to control her every move and to make her behave. Vivian just wanted to keep her job, but now she's forced to walk like a pet dog on her fours, wear all kinds of ridiculous outfits and have sex with him on pretty much every piece of furniture around.

He's only punishing her for the mistakes she's made, and, soon enough, the naughty girl starts to make them on purpose, simply to make him angry and get a piece of that delicious punishment. That's right: she loves to be punished by her boss, and this whole arrangement is starting to turn her on. The only question is - will she be able to get back to who she was after the week is over? Seven Days With Her Boss is a wild, dark, riveting and sexy romantic novel with a sultry young woman and a dominant alpha male.

Zadig, a good-hearted, handsome young man from Babylonia, is in love with S&eacu...

The novel centres, in a very ambiguous way, around the life story of the protago...

If you're a fan of dark, psychological mystery thrillers that glue you to the se...