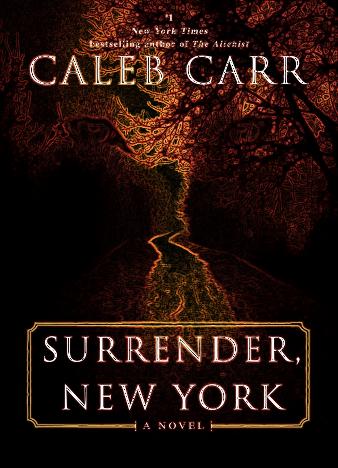 Caleb Carr, a bestselling author, is well-respected and loved in America and all across the world, and now he's back with a brand-new psychological thriller that's both mysterious and suspenseful. Surrender, New York, starts with a series of highly unusual deaths with teenagers found dead and their corpses hanging in a brutal, horrible fashion. The government officials and police officers are all blaming a serial killer, however, they constantly fail to capture the man.

At the same time, somewhere in a family farm, Jones, a world-class profiler and Li, a trace evidence expert who used to be a legend in the NY police back in the day, are busy creating online courses in profiling and tracing. However, pretty soon the dynamic duo is called in to assist with the case because nobody has the same level of expertise as these two. They are considered to be outcasts by the force, but still, the city is in desperate need of them.

As soon as they arrive, Jones and Li figure out that the victims were all throwaways, which is a new "social classification" for young boys and girls who are not homeless, orphans or runaways. No, they were all abandoned by their moms and dads, left all alone in this world, and, for some reason, the killer is targeting them. One of these kids, Lucas, offers the investigators information that could help make a lot of sense of the killings.

So, Jones and Li join their forces for one last time and ride into the sunset, trying to protect the kid and his sister and, at the same time, reveal the truth behind it all. Surrender, New York is a fabulous mystery thriller that's fast-paced, driven, action-packed and full of twists and turns.

From the New York Times bestselling author of Beautiful Bastard,&...

Dostoevsky's Notes from Underground is one of the world's most renowned novels....

Marlee Tames was trying to complete the Selection and have Prince Maxon's kind h...