Taras Bulba and Other Tales 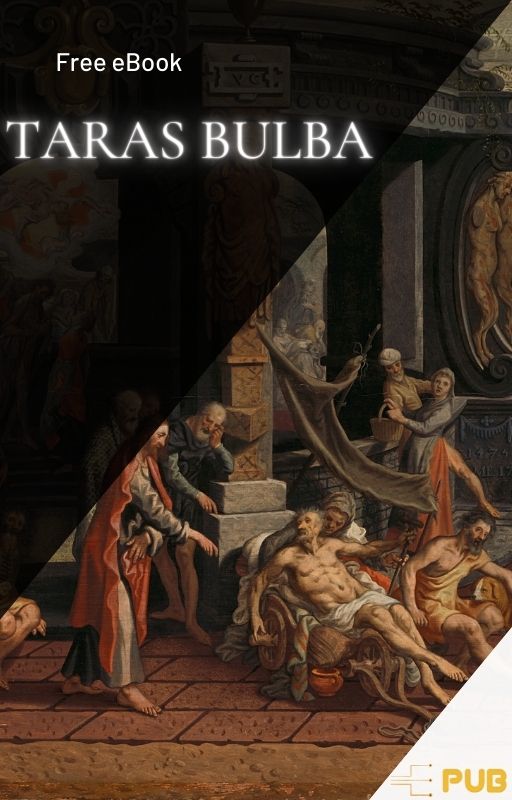 Taras Bulba and Other Tales by Nikolai Vasilevich Gogol

Taras Bulba's two sons, Ostap and Andriy, return home from an Orthodox seminary in Kyiv. Ostap is the more adventurous, whereas Andriy has deeply romantic feelings of an introvert. While in Kyiv, he fell in love with a young Polish noble girl, the daughter of the Governor of Kowno, but after a couple of meetings (edging into her house and in church), he stopped seeing her when her family returned home. Taras Bulba gives his sons the opportunity to go to war. They reach the Cossack camp at the Zaporozhian Sich, where there is much merrymaking. Taras attempts to rouse the Cossacks to go into battle. He rallies them to replace the existing Hetman when the Hetman is reluctant to break the peace treaty. They soon have the opportunity to fight the Poles, who rule all Ukraine west of the Dnieper River. The Poles, led by their ultra-Catholic king, are accused of atrocities against Orthodox Christians, in which they are aided by Jews. After killing many of the Jewish merchants at the Sich, the Cossacks set off on a campaign against the Poles. They besiege Dubno Castle where, surrounded by the Cossacks and short of supplies, the inhabitants begin to starve. One night a Tatar woman comes to Andriy and rouses him. He finds her face familiar and then recalls she is the servant of the Polish girl he was in love with. She advises him that all are starving inside the walls. He accompanies her through a secret passage starting in the marsh that goes into the monastery inside the city walls. Andriy brings loaves of bread with him for the starving girl and her mother. He is horrified by what he sees and in a fury of love, forsakes his heritage for the Polish girl. Meanwhile, several companies of Polish soldiers march into Dubno to relieve the siege, and destroy a regiment of Cossacks. A number of battles ensue. Taras learns of his son's betrayal from Yankel the Jew, whom he saved earlier in the story. During one of the final battles, he sees Andriy riding in Polish garb from the castle and has his men draw him to the woods, where he takes him off his horse. Taras bitterly scolds his son, telling him "I gave you life, I will take it", and shoots him dead. Taras and Ostap continue fighting the Poles. Ostap is captured while his father is knocked out. When Taras regains consciousness he learns that his son was taken prisoner by the Poles. Yankel agrees to take Taras to Warsaw, where Ostap is held captive, hiding Taras in a cartload of bricks. Once in Warsaw, a group of Jews help Yankel dress Taras as a German count. They go into the prison to see Ostap, but Taras unwittingly reveals himself as a Cossack, and only escapes by use of a great bribe. Instead, they attend the execution the following day. During the execution, Ostap does not make a single sound, even while being broken on the wheel, but, disheartened as he nears death, he calls aloud on his father, unaware of his presence. Taras answers him from the crowd, thus giving himself away, but manages to escape. Taras returns home to find all of his old Cossack friends dead and younger Cossacks in their place. He goes to war again. The new Hetman wishes to make peace with the Poles, which Taras is strongly against, warning that the Poles are treacherous and will not honour their words. Failing to convince the Hetman, Taras takes his regiment away to continue the assault independently. As Taras predicted, once the new Hetman agrees to a truce, the Poles betray him and kill a number of Cossacks. Taras and his men continue to fight and are finally caught in a ruined fortress, where they battle until the last man is defeated. Taras is nailed and tied to a tree and set aflame. Even in this state, he calls out to his men to continue the fight, claiming that a new Tsar is coming who will rule the earth. The story ends with Cossacks on the Dniester River recalling the great feats of Taras and his unwavering Cossack spirit.

The Adventures of Sherlock Holmes is the arrangement of short stories that made...

The year is 1793. In Brittany during the Royalist insurrection of the Chouanneri...