THE CHOSEN: A NOVEL OF THE BLACK DAGGER BROTHERHOOD 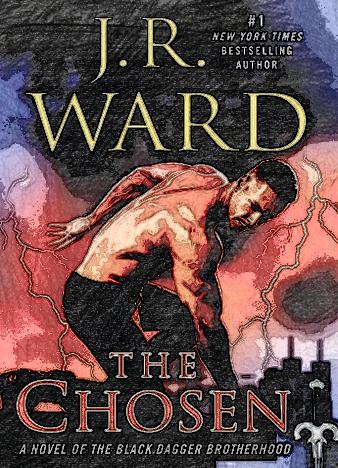 THE CHOSEN: A NOVEL OF THE BLACK DAGGER BROTHERHOOD by J. R. WARD

If you're a big fan of paranormal romance, then you most certainly know who J.R. Ward is. She single-handedly created the best-selling Black Dagger saga that's constantly topping all kinds of international sales charts. The Chosen is the latest addition to the franchise, and the fans will be pleased by the non-stop action, exciting drama and rich line-up of charismatic characters.

Xcor is a prisoner of the Brothers, and he is to be tortured and killed 'cause he betrayed the one and only King. The gent has been through a lot, and now, after a life of crime, barbarism and wrong choices, he accepts his death like a real man. He has no regrets, except for the loss of the most amazing woman on planet Earth - Layla. She's the only person in the world who knows the real truth about Xcor, facts that will save his life.

However, revealing his true heritage and the sacrifices that he's made will put them both in danger and demolish everything and everyone that the girl loves and cares about. So, now Layla is torn between loyalty to her family and love for the man of her life. It's not easy to find the bravery and strength to confront the people she calls her family in order to protect Xcor.

Now, even is she does manage to save his life, the two would have to build a bridge between their worlds and try to bring them closer together. Otherwise, even more death, desolation, devastation and destruction will follow. In this harsh new world, nothing is said and done, which is why Layla and Xcor need to trust each other 100% and stick together. The Chosen is an engrossing, riveting, absorbing and totally un-put-down-able novel for the real esthetes.

The soldiers of Rome departed long ago. Britain is in ruin. And it is not so bad...

After thirty years, the only human engagement with Area X—a seemingly male...

From the creators of the wildly popular Welcome to Night Vale podcast...