THE CROSSING (A HARRY BOSCH NOVEL) 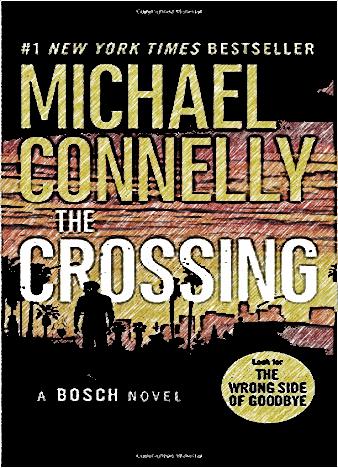 THE CROSSING (A HARRY BOSCH NOVEL) by MICHAEL CONNELLY

Michael Connelly is a prominent figure in modern-day literature, and he's one of the "kings" of mystery thrillers. As for the Harry Bosch series, it always brings the heat and grabs the reader's attention from the get-go. This time around, Bosch, the hero of the book, crosses the line and joins forces with Haller, a lawyer, and together they try to bring justice to those who deserve it.

The story begins with Bosch being retired from the Los Angeles Police Department; however, his half-bro, Haller, is in desperate need of his help, and the ex-cop simply cannot say no to family. A woman was found dead - ruthlessly killed - in her own house, and a former gang-banger is the prime suspect in the case. He used to be walking on the other side of the law, but he claims he's a different man how.

He's Haller's client, and, even though all the evidence is against the man, the lawyer believes that he's innocent and that it's just a setup to put him behind bars. Now, despite the fact that his gut is telling him to stay away from this case, Bosch hops on it. It's just that the file on the gangster-turned-civilian has too many "holes" in it, and the detective just wants to see it all for himself.

Besides, if Haller is right and his client is innocent, then who is the real murderer? So, Bosch recruits Lucy, who used to be his partner back in the day, and starts his own investigation. Soon, he realizes that the real killer has been following his every move, and something that was supposed to be a regular case turns into a survival game. The Crossing is a top-notch mystery thriller that comes with a twisty, gripping plot, a fine cast of characters and a fast-paced, action-charged narrative.

The international critics are calling North and South a true masterpiece of Engl...

The year is 1793. In Brittany during the Royalist insurrection of the Chouanneri...

Tiffany Girl, the latest novel by Deeanne Gist, a bestselling author, is a charm...