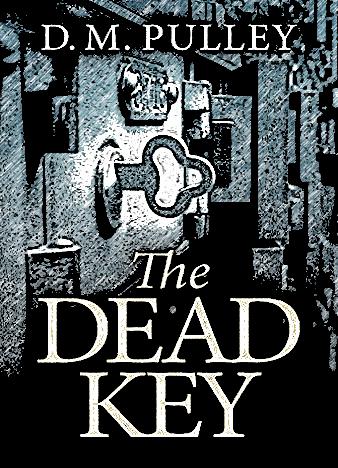 The Dead Key by D.M. Pulley

Welcome to 1998, ladies and gentlemen - a new century is about to begin. The mighty First Bank of Cleveland has been abandoned for a while, with its secrets safely hidden from everyone except for a chosen few. Two decades before, when the press was talking about fraud, embezzlement, and the staff was disappearing into thin air, the scared investors decided to sell the biggest bank in the city, locking the staff and the customers out, which allowed them to impend an upcoming investigation by the Feds.

Next thing that happens, the keys to the vault's most precious boxes get lost, and, ever since that fateful day, the city's rich folks have been keeping the real truth hidden in the now-old and abandoned bank. There are some rumors circling around, but nobody really believes them.

The rummaged offices and deposit boxes are pretty much like in a time capsule these days, until Iris, a young gifted engineer, comes across this creepy, mysterious high-rise during a renovation survey. At first, she thought that she'll get a nice break with this one, but, as she digs deeper and deeper, the girl starts uncovering deep, dark secrets hidden at the very core of the bank.

With every new revelation, Iris keeps going further into the vault, following the mysterious shadow of the past. Soon, she learns that the key to finding out the real truth about this place will come at a shocking price. The Dead Key is a blood-chilling, adrenaline-pumping mystery thriller by D. M. Pulley, one of the best books in the genre. It's suspenseful, riveting, and keeps the tension rising with each new page, which means you won't be able to put it down until the very end!