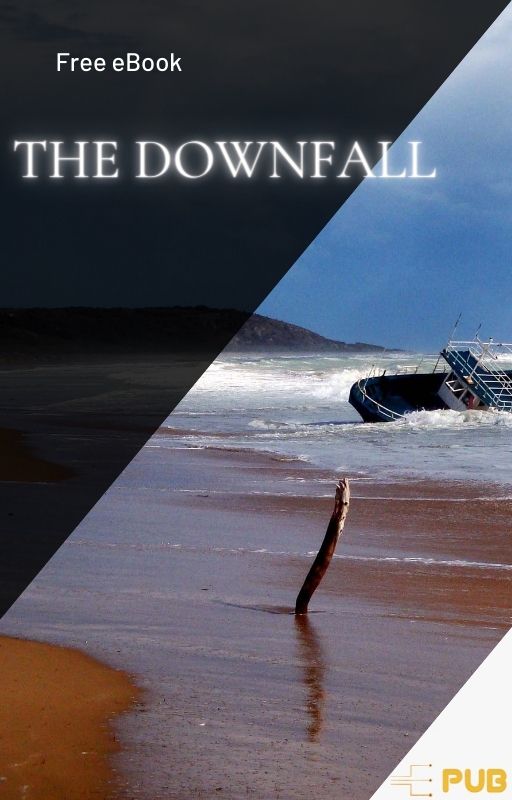 The Downfall by Emile Zola

The novel starts in the summer of 1870, when after serious diplomatic tensions, France has declared war on Prussia (the nucleus of Germany which was then emerging as one nation out of a number of disparate cities, regions and principalities). The French hoped to achieve a quick victory by marching their armies east, straight to Berlin. Instead, the Prussian armies crossed the Rhine before the French, beat the French Rhine army into retreat and invaded France. The novel is by far the longest of the Rougon-Macquart series. Its main character is Jean Macquart, a farmer who after having lost his wife and land (in the novel La Terre), has joined the army for the campaign of 1870. The main theme is the brutality of war for the common soldier and for the civilian population, hit by the death of family and friends and by economic hardship. It is written in three parts. In the first part, the French army corps in which Jean Macquart is a corporal moves to the southern part of the Rhine valley, only to retreat to Belfort. Reacting to the crushing defeat of another corps in Alsace and the Prussian advance through the Vosges, Macquart's corps is moved by train back to Paris and then to Reims without having seen battle. The growing demoralisation and fatigue of the French soldiers as they are ordered back and forth in pointless manoeuvres is poignantly described. A growing disorganisation of the army becomes apparent as it is unable to move food and equipment to where it is needed. The army corps of Jean is then moved to Reims from which it is supposed to march to the eastern French city of Metz, where another French army is besieged by the Prussians. In a reaction to pressure and movements by the Prussians, the march deviates from its original objective to the north and the French army ends up in the neighbourhood of the city of Sedan, in the Meuse river valley near the Belgian border. In the meantime, Jean has befriended Maurice, a soldier whose sister Henriette lives in Sedan. The second part describes the battle of Sedan. During this battle, the Prussian army succeeds in encircling Sedan and moving its artillery to the hills surrounding the city, trapping the French in the valley in a desperate position. The French army fails to break the encirclement. The part describes the battle as seen by the protagonists, Jean, Maurice, Henriette and Weiss, her husband, a civilian, who dies defending his house against the Prussians as they invade his village. The battle ends with the French army being beaten back to Sedan and capitulating to the threat of the Prussian artillery to destroy Sedan and everyone in it. The Emperor and the French army at Sedan become prisoners of war. In the third part, the French army is held prisoner for a week, after which it is marched to Germany. Jean and Maurice manage to escape. Jean is wounded during the escape and ends up in the neighbourhood of Sedan where he is hidden and nursed by Henriette, the healing taking till winter. After a while, Maurice moves on to Paris, encircled by the Prussians during the winter and early spring of 1871. In the spring of 1871, Jean has rejoined the French army at the service of a new government, which has negotiated an armistice with the Prussians. A popular uprising takes place in Paris, fuelled by the humiliation of the armistice. The French government succeeds in breaking the uprising, during which Jean mortally wounds Maurice, who fights on the side of the insurgents. The novel ends by bringing three of its main characters together: Jean, the dying Maurice and his sister Henriette who has travelled to Paris after having lost contact with her brother for more than two months.

Kate Battista only the 29-year-old and she has a real problem in her life. She i...

Gill Paul delivers a smart, witty, enthralling novel that made it into the list...