The History of the Peloponnesian War 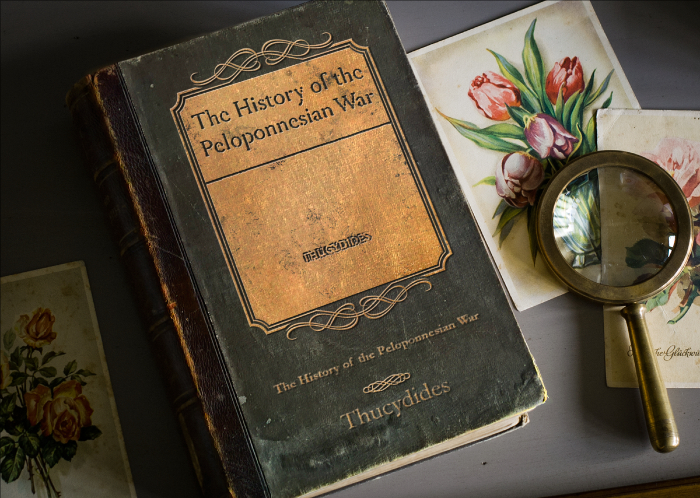 The History of the Peloponnesian War by Thucydides

The book The History of the Peloponnesian War describes the war between the Delos Union and the Peloponnesos. Important parts of this war fought between 431-434 BC are described. This work examined the objectivity of war in detail and made a historical analysis. Thucydides approached events chronologically and made a profound difference with Herodotus.

This battle has been published in eight books and contains a detailed account of the battle. According to the book, the war begins with the Spartans attacking to Attica and Athens. Spartans respond to this situation from the sea.

During the war, Athens was plague and this situation caused Athens to be defeated. In the later scenes of the book we see cycles of these attacks and watch the regular attacks of the Spartans on Athens. So much so that these wars turn into a seasonal habit. The Athenians are failing to take Syracuse, the Greek colony near the Italian peninsula.

Thus, the course of the war changes. An unsuccessful expedition is under way and General Alcibiades betrays the Athenians. After these developments, the Spartans win a decisive victory.

Thucydides explores all kinds of military technology and tactics throughout the book and describes the war in all its details. In addition, he narrates the whole war and the scenario in detail with his long speeches. Pericles's Funeral Oration is particularly important.

This speech was given while the city was fighting the plague and is a rallying call for the Athenians. From this perspective, The History of the Peloponnesian War is very important in political history and is considered one of the first works of political history.

This memorable work by Thucydides is one of the best examples of Greek written history and is world famous. It has made many prints and continues to be translated into many languages.

The Tragedy of Julius Caesar is a history play and tragedy by William Shak...

Burke is regarded by most political historians in the English-speaking world as...

This is a completely new and updated edition of J. M. Roberts and Odd Arne Westa...