THE PRISONER (A JOHN WELLS NOVEL) 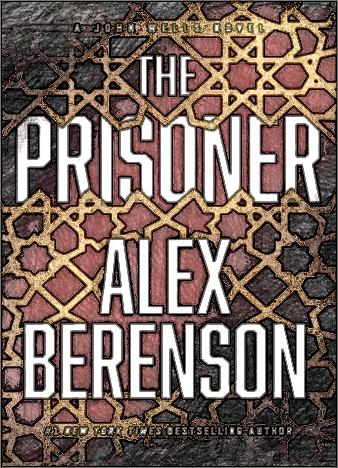 THE PRISONER (A JOHN WELLS NOVEL) by ALEX BERENSON

Alex Berenson is back, ladies and gentlemen, and he brought a lot of heat along with him. The Prisoner is a suspenseful, fast-paced, action-packed and utterly enjoyable political thriller that will glue you to your cozy seat. The fine amount of research, great dialogues, and gripping plot turn this book into one of the finest espionage masterpieces of our time.

Mr. Wells, a hard-boiled man of the law, has no other choice but to get back to his undercover role of an al Qaeda operative - that's the only way he can track a mole in the CIA. A brick-strong evidence is pointing to the undeniable fact that some moron in the CIA is betraying his country and sending viable info to the terrorists, ISIS included. The Jihadists now know of every single operation that the US agents are carrying out in the region!

So, Wells has a job to do: to discover his identity without making too much noise. Yes, it's a pretty hard task, and it requires him to put his own life on the line again. Going undercover as the member of one of the most brutal and violent terrorist groups in the world will need John to deliver his A-game, otherwise, the lunatics will kill him and the States will be in even more danger than ever before.

There's an off-the-map Bulgarian prison with an ISIS prisoner in it, and John's mission is to befriend him and "squeeze" the truth out of the scumbag. Back in the day, the CIA agent was the only American to infiltrate al Qaeda, but now the terrorists have grown into a war machine. It's gonna take a miracle to take them down and to stay alive...The United States are in a skirmish with the most cunning enemy yet, and Wells is the only one that can stop them.

The majority of the modern-day society doesn't really know that Mark Frost was o...

She was the girl with the dragon tattoo and now she is back, so we can enjoy Dav...