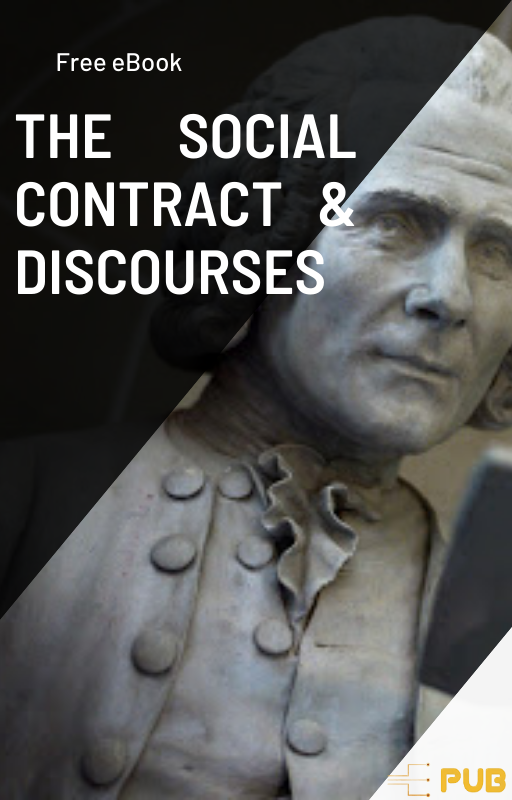 The epigraph of the work is "foederis aequalis / Dicamus leges" (Virgil, Aeneid XI.321–22). The stated aim of The Social Contract is to determine whether there can be a legitimate political authority since people's interactions he saw at his time seemed to put them in a state far worse than the good one they were at in the state of nature, even though living in isolation. He concludes book one, chapter three with, "Let us then admit that force does not create right, and that we are obliged to obey only legitimate powers", which is to say, the ability to coerce is not a legitimate power, and there is no rightful duty to submit to it. A state has no right to enslave a conquered people. In this desired social contract, everyone will be free because they all forfeit the same number of rights and impose the same duties on all. Rousseau argues that it is absurd for a man to surrender his freedom for slavery; thus, the participants must have a right to choose the laws under which they live. Although the contract imposes new laws, including those safeguarding and regulating property, there are restrictions on how that property can be legitimately claimed. His example with land includes three conditions; that the land be uninhabited, that the owner claims only what is needed for subsistence, and that labour and cultivation give the possession legitimacy. Rousseau posits that the political aspects of a society should be divided into two parts. First, there must be a sovereign consisting of the whole population, which included women (in a way that was not practiced by almost all countries and so was quite revolutionary to suggest), that represents the general will and is the legislative power within the state. The second division is that of the government, being distinct from the sovereign. This division is necessary because the sovereign cannot deal with particular matters like applications of the law. Doing so would undermine its generality, and therefore damage its legitimacy. Thus, the government must remain a separate institution from the sovereign body. When the government exceeds the boundaries set in place by the people, it is the mission of the people to abolish such government and begin anew. Rousseau claims that the size of the territory to be governed often decides the nature of the government. Since a government is only as strong as the people, and this strength is absolute, the larger the territory, the more strength the government must be able to exert over the populace. In his view, a monarchical government is able to wield the most power over the people since it has to devote less power to itself, while a democracy the least. In general, the larger the bureaucracy, the more power required for government discipline. Normally, this relationship requires the state to be an aristocracy or monarchy. When Rousseau uses the word democracy, he refers to a direct democracy rather than a representative democracy. In light of the relation between population size and governmental structure, Rousseau argues that like his native Geneva, small city-states are the form of the nation in which freedom can best flourish. For states of this size, an elected aristocracy is preferable, and in very large states a benevolent monarch; but even monarchical rule, to be legitimate, must be subordinate to the sovereign rule of law. A remarkable peculiarity of Social Contract is its logical rigor that Rousseau has learned in his twenties from mathematics: Rousseau develops his theory in an almost mathematical manner, deriving statements from the initial thesis that man must keep close to nature. The ‘natural’ state, with its original liberty and equality, is hindered by man’s ‘unnatural’ involvement in collective activities resulting in inequality which, in turn, infringes on liberty. The purpose of this social contract, which is a kind of tacit agreement, is simply to guarantee equality and, consequently, liberty as the superior social values... A number of political statements, particularly about the organization of powers, are derived from the ‘axioms’ of equality among citizens and their subordination to the general will. — Andranik Tangian (2014) Mathematical Theory of Democracy The logical framework of Social Contract is also analyzed in

The Prince
The Prince by Niccolò Machiavelli

Machiavelli ought to be looked at as he truly was. Thus: Can Machiavelli, who ma...

The Condition of the Working Class in England is an 1845 book by the German phil...

Roman emperor who was also a philosopher, without any purposeful of distribution...