THE WOMAN ON THE ORIENT EXPRESS 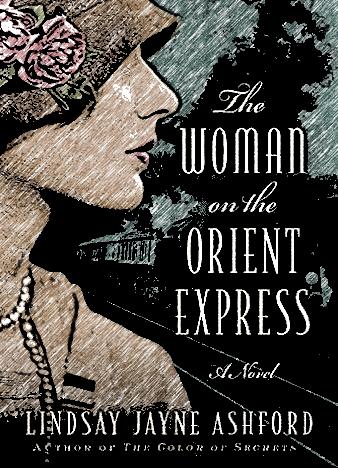 THE WOMAN ON THE ORIENT EXPRESS by LINDSAY JAYNE ASHFORD

Agatha, the main character of Lindsay Jayne Ashford's latest historical masterpiece, hops on the Orient Express, hoping to forget the drama that followed her marriage and to focus on what's waiting for her in the future. On this trip, she'll have to deal with all kinds of mysteries and, what's more important, Agatha will have to start believing in herself and in her own strength.

The Woman on the Orient Express starts with her boarding the train, but, obviously, Agatha is not really the only passenger who's hiding secrets. Katharine, the girl that she's sharing a cabin with, also had a pretty awful experience with her first marriage, which lead her to a second one that might just be even worse. Nancy just married the man she supposedly loves, but she's got another gentleman’s child in her "belly". She's doing everything she can to hide the fact that she's pregnant and doesn't really know how to act in this dire situation.

So, yes, each young lady has her own baggage with lies and secrets, and they're trying to hide the real truth from the others. However, as the train sets out on the journey, the lives of these women collide with each other and intersect, which results in some pretty tense consequences.

The Woman on the Orient Express is a brilliant historical novel that's both emotionally strong and suspenseful, keeping the readers guessing and second-guessing all the way to the end of the trip. This is a story about desperate women who come together and become best friends in the most desperate circumstances. They all hide their fair share of secrets and know what pain means first-hand, and that's exactly why they become sisters and stick with each other.

The critics, the fans and the fellow writers call Saving Sophie a game-changing...

Shari Lapena's brand-new novel is an instant international bestseller and the gr...

Thérèse Raquin is the daughter of a French sea-captain and an Alge...