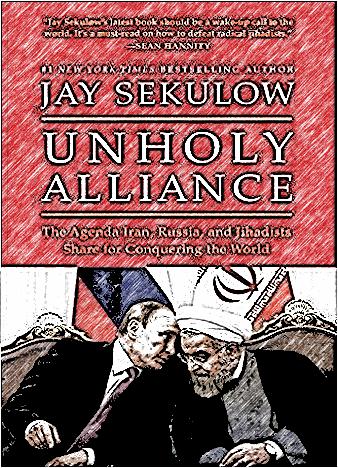 Jay Sekulow, a bestselling writer of critically-acclaimed books that focus on the biggest challenges of the modern-day world, delivers a game-changing book about the dangers of Radical Islam and the terrorist groups that threaten the American society on every step of the way. We first witnessed the horrors that Radicals are capable of back in 2001 when the twin towers were destroyed in a terrifying act of terror.

That's when the regular citizens of the United States had to face one of the greatest enemies to ever walk the Earth. They only want one thing - to take our freedom from our hands, to make us live in fear and to keep destroying the very foundation that this country was built on. In Unholy Alliance, the award-winning author explains the ideology behind Shariah and what it means for the democratic and legal systems of America or any other democratic country in the world.

Radical Islam cannot be negotiated with, and the only right thing to do is to put an end to it. Not only do they threaten the lives of honest, working US citizens, but they're also attacking the moral principles that America is famous for, and that's not something to take lightly. The recent attacks in Paris, Brussels, and the United States show that this enemy is fiercer than ever and that he will stop at nothing to see his wishes come true.

At the same time, there's the issue of Syria, Iran, and Russia, and we all need to know about the geopolitical games that these countries are playing. Otherwise, Radical Islam might just be the end of America as we know it. Unholy Alliance is a must-read if you want to ensure a bright, happy, peaceful future for your children and grand-children. Join the fight and stay vigilant!