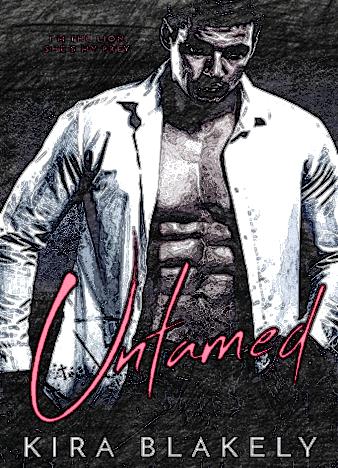 Kira Blakely's latest bestseller is hotter than the burning sun itself. Nathan is pretty much the biggest playboy slash bad boy in NYC. He's handsome, bulky, knows how to handle women and is considered to be the most eligible bachelor out there. However, he doesn't care about settling down and loves to be the #1 womanizer in the city.

And one day, out of the blue, he just walked towards Samantha, a lovely young woman, and started kissing her like she was his girlfriend. The man is used to always getting what he wants - no exceptions. He claimed that he only kissed her 'cause he wanted to hide from a woman that was "chasing" him. But, even after the danger was gone, they were still enjoying that hot kiss. He's got that special kind of passion that makes any girl loose her senses and puts her cheeks (and other parts of her body) to fire.

He grabbed her with those big, muscular arms and made her feel like a real woman in the arms of a real man. Obviously, his "sexual attack" shocked Sam, and her first reaction was to run away from this hazardous fella and to get back to her casual, yet familiar life. She knows all too well that messing around with rich playas won't get her anywhere. A couple of amazing nights won't replace the tears and the pain of a broken heart.

Alexa Riley invites us all to enjoy yet another exceptional romantic novel with...

Want to know who will become the new queen of Illea? The One novel starts in the...

The Bell Harbor series has been gathering international praise for quite some ti...