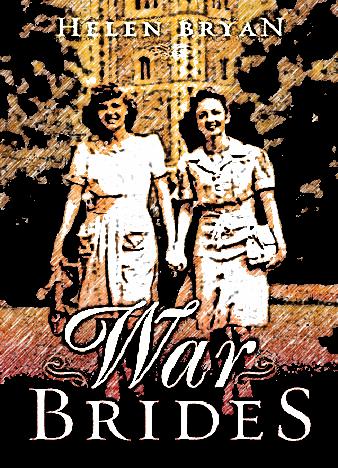 War Brides is one of those incredible novels that become instant international bestsellers and stay forever in the hearts and minds of the readers. Helen Bryan is known for creating heart-wrenching, touching, powerful stories that resonate with millions of people around the world, and, this time around, she raised the bar even higher. Humanity is on the brink of a new global war that is more than likely to consume England after Europe, and so, small villages are now taking in as many refugees from London as they possibly can.

And while men are leaving to fight for the country and die, the women are staying at home. And War Brides is a story of 5 ladies that become best friends and try to survive the horrors of war together. Alice is devastated by the news that the man she was engaged to changed his mind and is now marrying another woman.

Elsie, a poor evacuee from London wants to make the best out of this scary new world and start a new life in the village. At the same time, Tanni is a Jewish girl who survived the war in Europe and found a new home in England. She's got a baby on her hands, and she's still waiting for her family to show up any day. Finally, there's Frances - a tomboy and a daredevil.

So, the 5 women are destined to survive the hardships together, and despite all the struggles, they manage to fight through it all and stay true to themselves. They inspire each other to stay strong against the constantly falling bombs, hunger, fear, and the possibility of a German invasion. They say a friendship forged in war is sacred, and that's exactly what War Brides is about: honor, loyalty, and a strong bond that lasts forever.