YOUR DADDY: A DARK ROMANCE 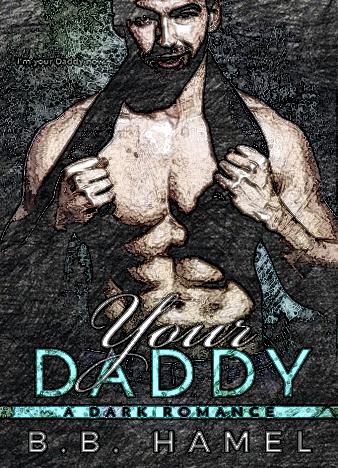 YOUR DADDY: A DARK ROMANCE by B. B. HAMEL

Kylie shouldn't really want to be with Carson - he's twice her age. But, he looks like a million bucks. And, he saved her and warmed her up in his house. Then, He tied her hands, put them behind her back and gave her pleasures that she has never experienced before. So, why shouldn't she want him? She ran away from home when she was just a 19-year-old girl.

Her abusive daddy was too much for her, and she decided to cut ties with him. At the same time, she had no idea where she was going or how she was supposed to take care of herself. And that's when Carson, a dashing gentleman, found her. She was scared, freezing to death and all alone in this world. He wanted to protect her, be her safeguard and give Kylie everything she could ever want.

But, he's got a whole line-up of brutal enemies that want to put him down and they're more than happy to use his newly-found pleasure - the girl - to do that. However, the attraction between them is too strong to refuse. It might not be pure love, but it's the closest thing to it. She wants him to make her feel things she never even dreamt of. And all she needs to do for that is trust him 100% and give up control over herself.

Tess is only 22 years old. She left home and plans to make a new life in the Big...