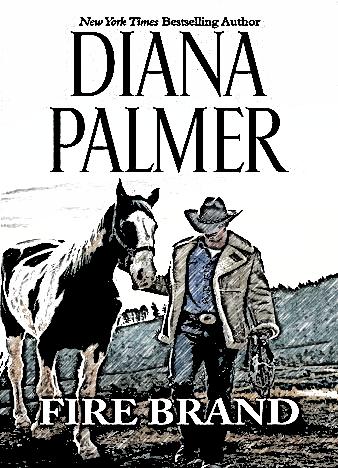 Gaby, the main character of Fire Brand, a new bestseller from Diana Palmer, has always been attracted to Bowie, but her affection used to make her uncomfortable in the past. She was just a 15-years-old girl when his family took her in; at the same time, her feelings towards him were never mutual, and Bowie was hostile, rude and even offensive. Today, a whole decade later, Gaby is doing great professionally - she's a brilliant journalist - and she doesn't let any man talk her down or tell her what to do. She's a tough young lady, and the dark days are well behind her.

However, one fine day Bowie rushes back into her life, and this time around, it's him who's on "the other side" and he's asking her to help him out. She wants to refuse at first, but she can't really do that, as she owes so much to the man's family. Bowie needs her help to save the ranch back in Arizona from a total disaster - she's practically the only one who can bring it back on its feet.

The girl decides to lend that much-needed hand, but now she's not the teenager he once knew. She transformed into a gorgeous successful woman who has nothing to do with the girl he once knew. Or does she? Maybe she's still that innocent, shy little girl from the past? Bowie can't deny what he's feeling towards her, but, despite the fact, he can't do anything about it.

At the same time, he feels that she's hiding something and he does everything in his power to uncover the huge secret that Gaby is hiding from the world. Fire Brand is full of tension and suspense, and the fans of thrilling stories will most certainly appreciate Diana Palmer's superb writing style, rich characters and the perfect mix of drama and romance.

The Big Friendly Giant is no bone-crunching ogre from the usual fairly tale. Thi...

Connor, the main character of Cuffed, a riveting and naughty new bestseller from...