Married to the Mob 2: A Black Mafia Love Affair 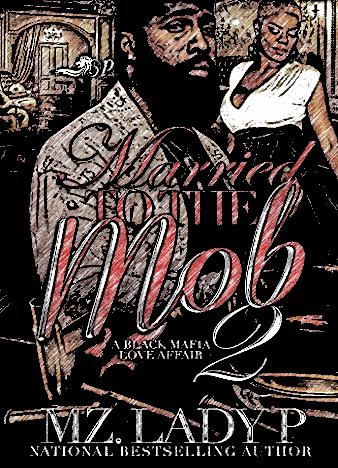 Married to the Mob 2: A Black Mafia Love Affair by Mz. Lady P

Married to the Mob created a lot of buzz around the web when Mz. Lady P first introduced us to this top-class family, and now the official sequel is on the shelves. The three girls from the first part are now officially the wives of the mob bosses, and that means they'll have to up their game a notch or two.

It was the happiest day in British's life when Corleone gave her that ring, but life took a big turn after she became married to the man. She soon found out that Angelo is her dad, but her husband doesn't want her to have anything to do with him, and he's creating a big "gap" between the two. At the same time, she's living the life of a modern-day queen and gets to enjoy the fanciest, the coolest and the most expensive things that money can buy.

Still, it's kinda hard for her to truly understand that she's married to a mobster and that's what her life is gonna be like from now on. Corleone is a strong, confident man, who's used to being in control of his business, but he's been slowly but steadily losing his tight grip over the family, and he simply can't afford to look weak in the eyes of the others.

So, he won't sleep until he brings justice to those bastards who are trying to hurt his family, the ones he loves. Now, while the fellas are out there hustling, keeping an eye on the streets, the women of the family are doing their best to keep everything steady at home and to hold it down. Married to the Mob 2 is the highly-anticipated sequel to the ground-breaking bestseller that topped the international sales charts and it's got even more action, drama, romance and heat for the true fans to enjoy.

All Quentin can think about is pushing the girl against the wall and showing her...

Viktor, the main character of the story, has spent half-a-decade trying to destr...

The Clayburn Novels are perfect if you wanna feel the blood rushing through your...