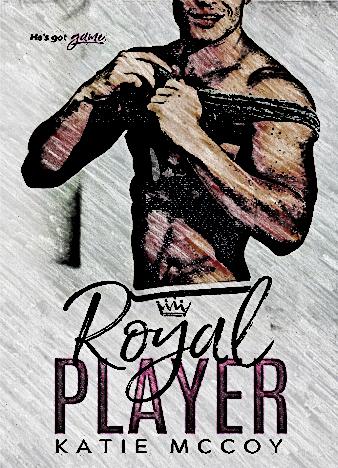 Charlie is a gifted tennis player, but that's not really why the tabloids and the gossip girls love him: he's a playa, a royal bad-boy, and they say that he's an equally wild animal both in bed and when he's out there on the court. The ladies dream of spending a steamy night with him, and when Emmy accidentally sees him in the dressing room, she instantly falls for the whole alpha-male package.

At the same time, she knows all too well that a nice girl like herself can never be involved with a man like Charlie because she'll end up hurt and with a broken heart. But the man is irresistible; besides, he claims she's his lucky charm, so, how can she say no to that? Suddenly, all the press in the world starts to fly around Emmy and follows her 24/7, turning her life into a mess.

She could never think that a relationship with a UK bad-boy would result in her running from the paparazzi. Well, it is what it is, and there's no going back now, and it's safe to say that Emmy's in way over her pretty head. Oh, one more thing: she's falling in love with the guy, and, as hard it is for Charlie to admit, the feeling's mutual.

The British lad has conquered the heart and soul of the American girlie, and the biggest question now is - will they be able to make it work, or have they just signed their own downfall? Royal Player is one of those incredible romantic novels that invite you into a magnificent world of high stakes, royal treatments, all-consuming love and sizzling-hot scenes. If you're a fan of erotica and appreciate a book that's equally fun, romantic and sexy, check Katie McCoy's latest bestseller out!

End of the Line provides aid to people on the edge that need help to see past th...

The international critics are calling North and South a true masterpiece of Engl...