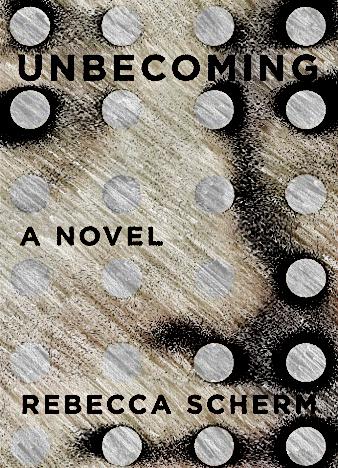 UNBECOMING: A NOVE by Rebecca Scherm

EDGAR AWARD NOMINEE FOR BEST FIRST NOVEL“Startlingly inventive.” —The New York Times Book Review“A sheer delight to read . . . I had no idea what was going to happen from one page to the next.” —Kate Atkinson

On the grubby outskirts of Paris, Grace restores bric-a-brac, mends teapots, re-sets gems. She calls herself Julie, says she’s from California, and slips back to a rented room at night. Regularly, furtively, she checks the hometown paper on the Internet. Home is Garland, Tennessee, and there, two young men have just been paroled.

One, she married; the other, she’s in love with. Both were jailed for a crime that Grace herself planned in exacting detail. The heist went bad—but not before she was on a plane to Prague with a stolen canvas rolled in her bag.

And so, in Paris, begins a cat-and-mouse waiting game as Grace’s web of deception and lies unravels—and she becomes another young woman entirely.

Unbecoming is an intricately plotted and psychologically nuanced heist novel that turns on suspense and slippery identity.

With echoes of Alfred Hitchcock and Patricia Highsmith, Rebecca Scherm’s mesmerizing debut is sure to entrance fans of Gillian Flynn, Marisha Pessl, and Donna Tartt.

Alice's Adventures in Wonderland (commonly shortened to Alice in Wonde...

Try to imagine a usual morning. The main character of The Stuck-Up-Suit novel is...